So far it has proven to be a rather busy off season for us. After getting through the holiday madness, Mom, Lindsay, and I went to Mexico for 12 days. There we were joined by my Mom’s brother, his wife, her sister, their daughters, husbands, and children for a week of our stay. We stayed at the Sandos Caracol Eco Resort and had an absolute blast. There are wild animals all over the resort, most of which have been rescued from captivity and can roam free on the resort after getting any necessary vet treatments. There was a lot to do right on the resort, including a full water park with a mess of water slides and pools; the kids had a blast!

One morning, after breakfast, Lindsay ran back to the room to grab some tums. When she entered the room she heard some stirring out on the balcony, where she found a monkey trying to steal one of my shoes I had left out to dry. After exchanging words with it through the glass he finally dropped my shoe and took off. I was very grateful as aside from sandals they were the only shoes I had brought with me!

Here a few photos from the trip, one of the monkey mentioned above, and a picture of Mom with a tree she planted: 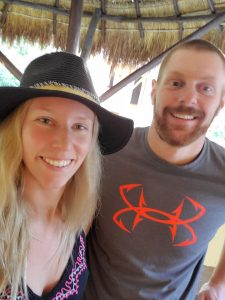 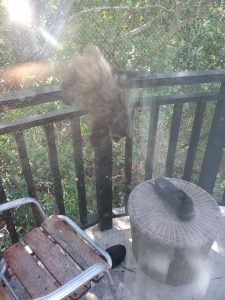 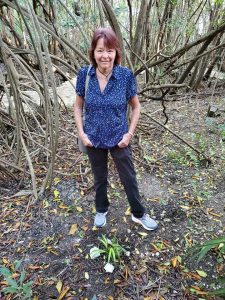 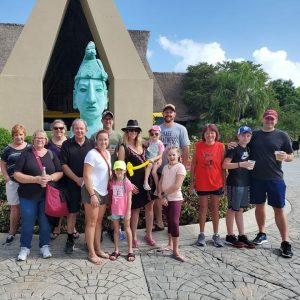 Shortly after getting home from Mexico I hosted the 4th Annual Gerry Nicholas Memorial Ice Fishing Tournament which is a small fishing tournament I put together for friends and family where Dad always put his ice shack. This year my good friend Matt Kirkwood won with a 6 pound Lake Trout. The fishing was pretty slow, as it always seems to be the day of the tournament, but it was a lot of fun on the ice and at the party afterwards. Thanks to Rainer for bringing out his drone and getting some good pictures for us. 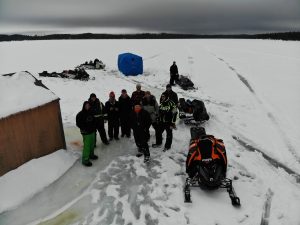 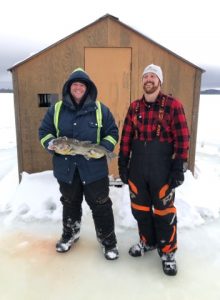 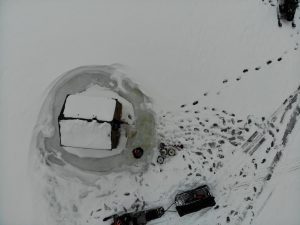 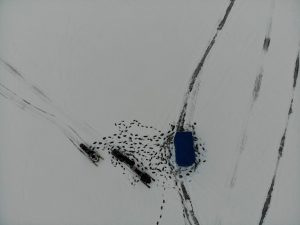 After the fishing tournament I picked up coaching our high school basketball team part way through the season. Due to major funding cuts the teachers are on work to rule and a rotating strike up here so the coach and my good friend Johann, had to step down per the strike agreement. I picked up the team with a few weeks of the season and three games left. We won one game by default as the other team couldn’t make the trip down from conflicts with other sports. We lost one game to an undefeated team. And lastly lost a very tough fought battle to Rainy River, where the winning team went to playoffs and the losing team did not. The boys played their hearts out and despite out playing Rainy River, had a hard time getting the ball in the net. Either way it was a fun season and I’m really proud of all the hard work they put in.

Things are beginning to slow down now and we are getting to work on getting the calendars out. It seems over the last couple of years our “Christmas” mail out has become more of a spring mail out. Our apologies for the wait, but they should be coming in the near future. A big thanks to Jesse Virlee for this years picture!

The weather has been more than unpredictable this winter. One week it will be very cold, down to -40 C at night, and the next week its warm and above freezing. It made for very slushy lakes at the beginning of the winter, but thanks to the heating and cooling cycles the slush seemed to settle out and then freeze. The fishing has been a little spotty though. Lots of walleye and lake trout being caught, they just don’t seem to be as aggressive as they normally are. Lots of misses and lots of fish lost halfway to the ice, as it is hard to hook a lazily biting fish. It is forecasted to be above freezing all weekend though, and I am planning on doing some serious fishing!

Just a friendly reminder to those who don’t yet have their deposits in to please send them when you can.

Thanks for reading, and hopefully more updates soon!