I know I haven’t posted on here in a couple months but this fall has been a whirlwind. Lots of fun, but crazy busy. With the border opening up our September actually felt like a normal month! It was great to be busy again and to see so many familiar faces around camp. In fact, this September was probably busier than normal with so many guests booking later trips to make up for having lost their dates earlier in the season. We really appreciate everyone who made the journey up this fall despite all of the hassle and uncertainty with the border crossing, it is a big help getting us over the hump from Covid.

As the fishing season faded into hunting season we actually started to get some rain. By the time we left the water levels weren’t quite back to normal but were A LOT closer to it then they had been. Hopefully we will get some snow this winter and a bit of rain next spring and the levels will be back where they belong. We had two groups of archery hunters in this year for moose hunting. Unfortunately neither group was successful, but both saw lots of animals. That’s just part of the struggle with archery, closing that gap and getting in close enough. But everyone left happy to have seen so many animals and after having a weeks vacation in the north.

The rifle season however, was a much different story. This year we had the most hunters we have had in camp in a long time with all of the cabins booked up and one group camping. Every group in camp got an animal, and some even got a couple as they had extra tags. We ended up taking 10 moose this fall and everyone was extremely happy! To top it off we even had really nice weather all fall long and didn’t run into the usual challenges of freezing water lines and heavy wet snow pulling down brush on the road. Unfortunately I didn’t have the chance to take too many pictures of the moose coming into camp as we were hunting ourselves and helping a new group find their animal. Below is a picture of Geoff with the cow we shot opening morning, and if anyone wants to email me any moose pictures from this fall I will gladly get them up on here! 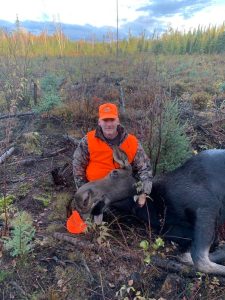 After we wrapped up moose season and everyone was gone on our final Saturday at camp, Lindsay and I were actually packed up and home by Sunday night. We had to come back on Monday and Tuesday for the last loads of our stuff but we had the place shut down and drained off very quickly this year. This is mainly in part to a lot of help from my friends that were up for our moose hunt. We were lucky enough to get our animal early and between grouse hunting and helping other groups they really busted their butts to get camp in order and shut down. This was a huge help because we spent Wednesday at home and then left Thursday morning to head down to our cabin to start deer hunting. It would have been a much more insane week (if possible) than it was without everyone’s help, I appreciate it guys!

We spent a week down at deer camp, joined through the first weekend by my friend Matt who shot his first buck! 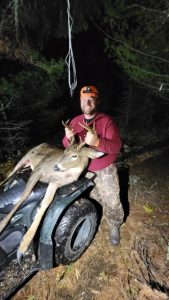 A couple of days after that Lindsay was able to take the second biggest buck we have on the property. This was made even more sweet as she saw it opening morning but couldn’t get a shot at him from low visibility and a blurry scope. She got the focus figured out on the scope and made an awesome shot at 125 yards and dropped this awesome buck right in his tracks! 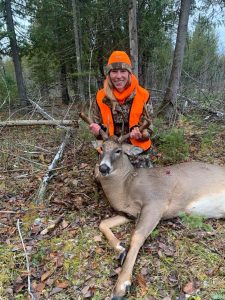 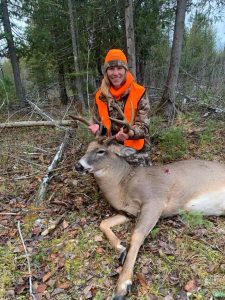 I am still yet to fill my deer tag but am headed back down for another week or so on Wednesday to try my luck at getting the big 10 pointer I have been chasing for two years. We are still getting pics of him but he is really smart and doesn’t come out during the daylight too often. I’m hoping he will be coming out to feed now that it’s getting later and the rut is over. Wish me luck!

After our week of deer hunting we came home and I had three days to unpack and repack as it was time to head for Colorado to meet my friend Jake from Wisconsin for a week of DIY elk hunting. This was the first time either of us have ever hunted elk or ever hunted in the mountains. I arrived a day early (3 days before opening day) to set up our camp in the National Forest: 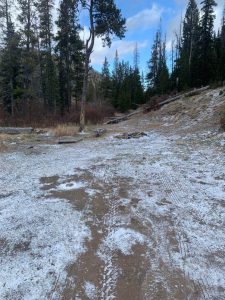 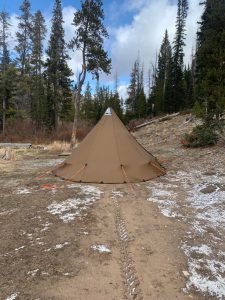 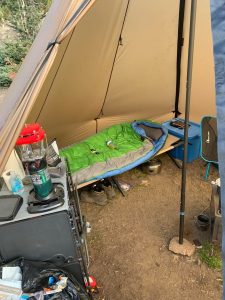 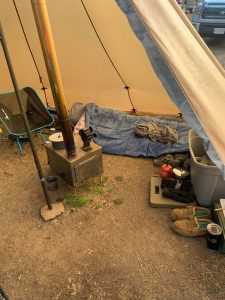 Jake arrived the next day where we would begin by spending two days hiking around scouting and getting a feel for the land. Elk are migratory and work their way off the mountain as the snow piles up. After doing a tremendous amount of research and talking to a few very helpful people with Colorado Parks and Wildlife we were expecting to find the elk between 8000 and 9000 feet; about midway down off the mountain into the private valleys where they winter. When we arrived there was virtually no snow, and after two days of scouting and the first 1.5 days of hunting in that elevation band without seeing any fresh elk sign, we realized they had to be somewhere else. We spent some time looking at the GPS’s and decided we needed to get higher up the mountain and farther from the roads, as we are the 5th hunting season these elk of have seen this fall and all of that pressure must have pushed them farther back in. Well, on the 3rd morning of our hunt we found our first elk at almost 10 000′ and learned a very valuable lesson about getting skylined on a ridge. As we crept over the ridge we had been hiking to, to peer over the edge and glass into the valley below we watched two spike elk and one decent bull moose run out of the valley. It was a real mix of emotions as were were super excited to have found them but pretty bumbed we were dumb enough to bump them like that. Overall we were just happy to finally know where some were and to have seen some really fresh sign on the hike in. As we sat there the rest of that day we watched two cows and a calf feed through the valley, and had one bull that was likely legal (4 points on one side) come absolutely running through our meadow not stopping long enough for us to tell if it was legal for sure or to get a shot. And no, this one we didn’t bump haha, although I’m not sure what did as he was not wasting any time.

It was a 4 mile hike up to the valley where we found the elk and we would begin each day by getting up at 3 and leaving camp by 4. That would get us up to the ridge where we could glass by first light. The plan was to glass all morning until the thermals switched and then follow fresh tracks and stalk into their bedding areas mid day, returning to glass in the evening. This was made extremely difficult as any time we would get any snow at all it would melt the next day by 10 am, and the ground underneath was too frozen to detect tracks. That usually left us having to watch the valley all day long, and with some days getting close to 50 degrees the elk just weren’t moving. Pair that with the extremely clear skies at night and the big full moon and the elk were all but nocturnal. That being said we hung in there as we knew there were at least some elk around in that area. On the second last day of the season we had some decent snow and a mess of fresh tracks so we followed them to where they joined up with more animals on a ridge top where they all bedded down. It was hard to tell in all of the chaos in the snow but there were at least 7-8 animals together. We finally pieced together that after they got up out of their beds they headed down into the valley we had been glassing. We decided to not go down in there until the next day as a last ditch effort as we didn’t want to risk blowing out the whole valley with a day and a half left to hunt.

We didn’t see any animals that afternoon and were back in our glassing spot by 6:30 the next morning. By 7 we spotted our first elk feeding out of the brush in the meadow. Cow, damn! Then a calf. Spike. Another cow and calf. Two more spikes. there we were on the last day of the hunt with 7 elk feeding inside of 300 yards from us for almost a half hour and there wasn’t a legal bull in the group. We stayed there until a little after noon when we finally called it to go start packing up as Jake had to leave early the next morning. Neither of us ended up taking an animal but throughout the week we saw 13 elk and 7 moose, we learned an enormous amount and had a great time. The success rate on elk hunting averages out around 10%, so I’m pretty proud to say we came as close as we did on a foreign landscape hunting a completely new animal. Even more so considering we only heard about 6 shots all week and talked to a few other groups of hunters who have hunted that unit for years on end and still haven’t killed an elk. We also learned that we could have had cow tags in addition to our bull tags. That was a dumb oversight on my behalf as I saw cows were draw only and figured you would need a few points to be successful, turns out the success rate is 100% in the drawing with 0 points; another hard lesson learned. Had we grabbed cow tags we would have been coming home with a couple elk. But hey that’s hunting!

I totaled it up this morning and we hiked 74 miles and climbed 15 900′ in elevation over 9 days. Elk hunting isn’t for the faint of heart if you want to get after it and get into some animals. It was one of the more difficult things I’ve ever done but we both trained our asses off for this hunt and frankly I can’t wait to go out west and do it again next year! Below are the rest of the pics from our adventures: 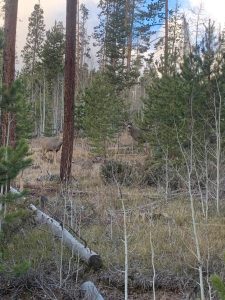 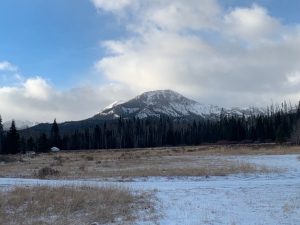 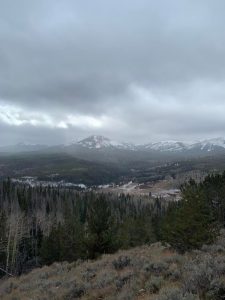 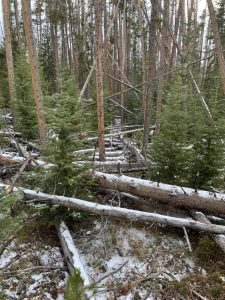 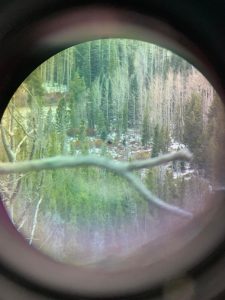 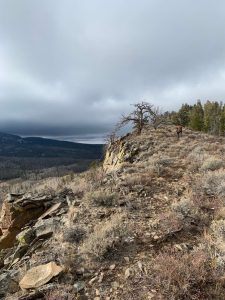 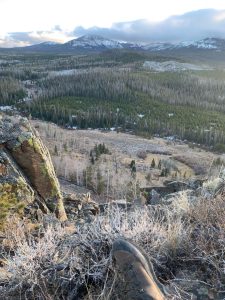 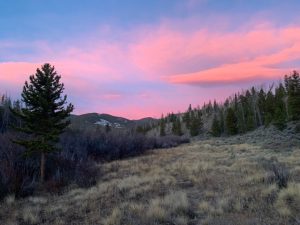 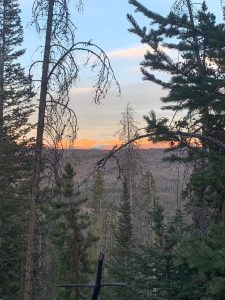 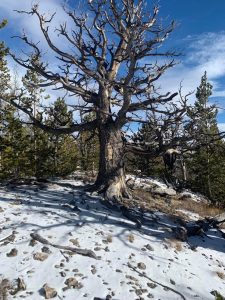 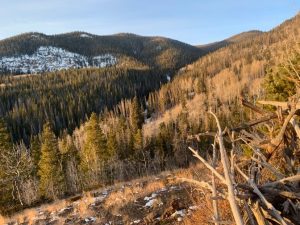 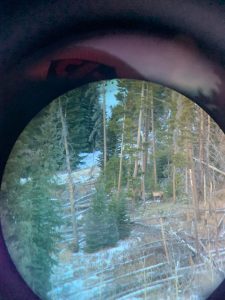 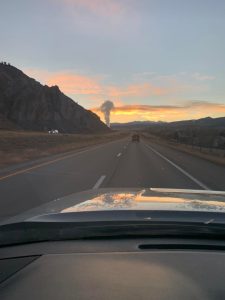 This was my first time out west and first time in Colorado and boy it sure is gorgeous! While I was gone winter happened back home. I returned to find over 8″ of snow and temps a lot colder than when I left. I’m off to have some lunch and then to get the last of the snow moved before going back down deer hunting.

Take care everyone and Happy Thanksgiving south of the border!